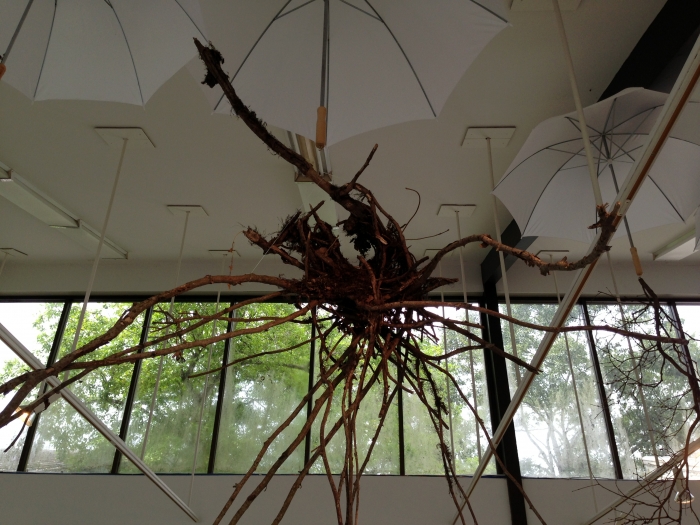 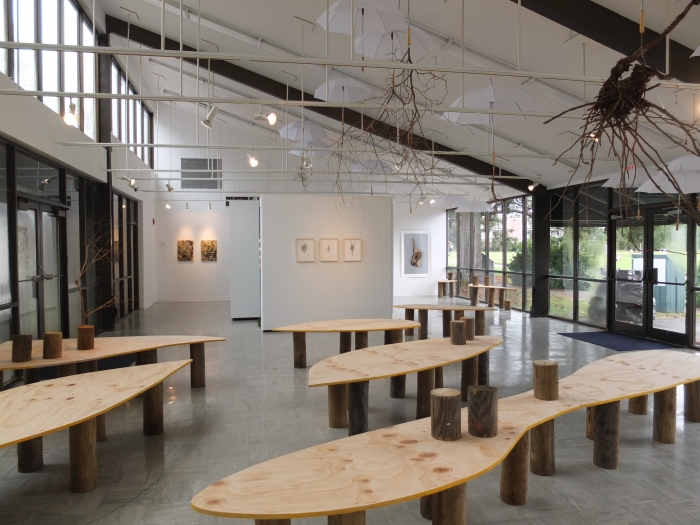 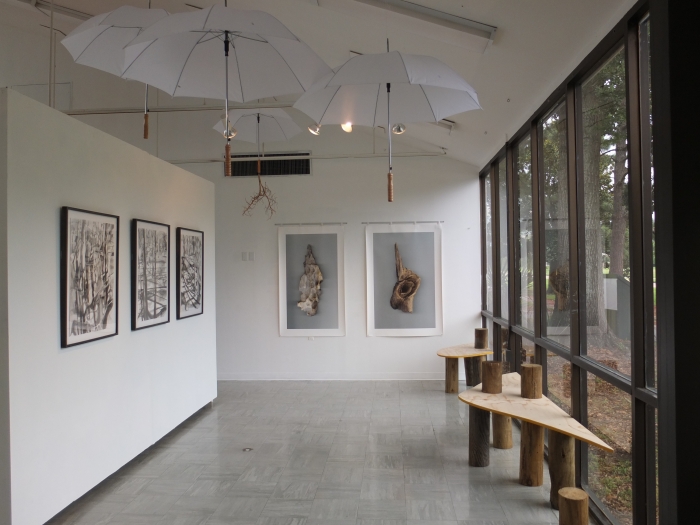 Eclogue is a technical term for a type of pastoral poem with social, political, urban underlayers. In this show, ecological issues of wood, water, storm, flood, and animal protagonism prevail. Selections from independent but inter-related bodies of work are recombined and reconfigured for the UNO space and new contiguities explored. The gallery is luminous, and its walls of windows invite the outdoors in. Villanelle/Pastorale (2012/3) is a 50 minute video of rhythmic, recurrent motifs, pairings and re- pairings that originally showed as a large scale projection with an artificial turf viewing platform as part of a multi-channel immersive video installation. It can be viewed for any length of time at any starting point, but its effect builds. Plastic Gulf (2010/2) is a response to the Deepwater Horizon oil spill in the Gulf of Mexico. In the absence of fish, fishing lures become protagonists seeking to engage your sympathies. The embedded wall lenses are selections from a series exploring issues of circulation and flow and feature angiograms, aerial river deltas, and fallen birds. Plywood and wood pilings create “wading” channels beneath canopies of umbrellas trailing branches like root structures or dendrites. Large scale photographs, Flotsam, Iceberg, Maelstrom, depict the twisted and ripped detritus of trees destroyed during Hurricane Katrina, once forensic evidence now relics. Small drawings inspired by pine knots become vortices and topographies. Watercolor drawings on wood panels depict the woods after a tornado. Ink drawings of trees in City Park, woods, and bayous are from a longterm ongoing series exploring ways of seeing and perceptual rhythms. 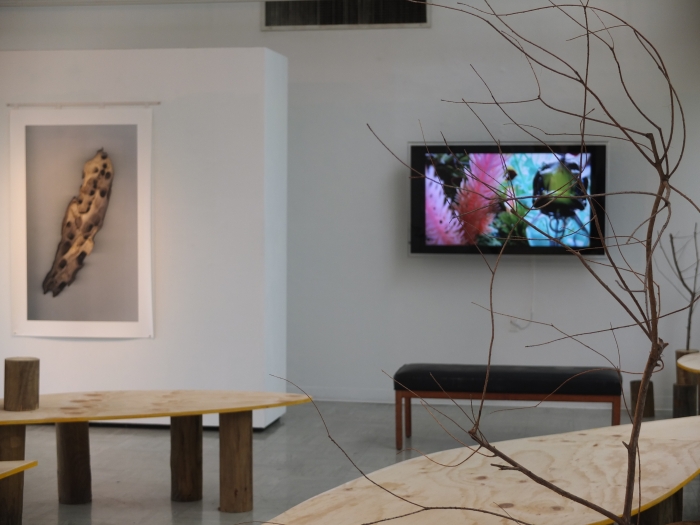 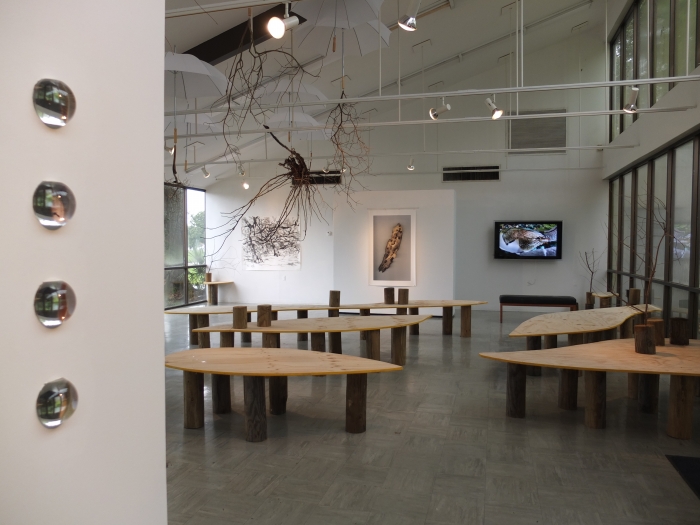 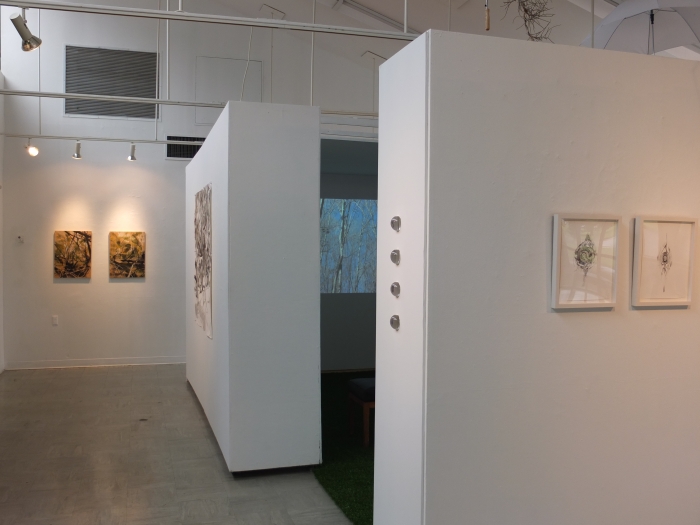 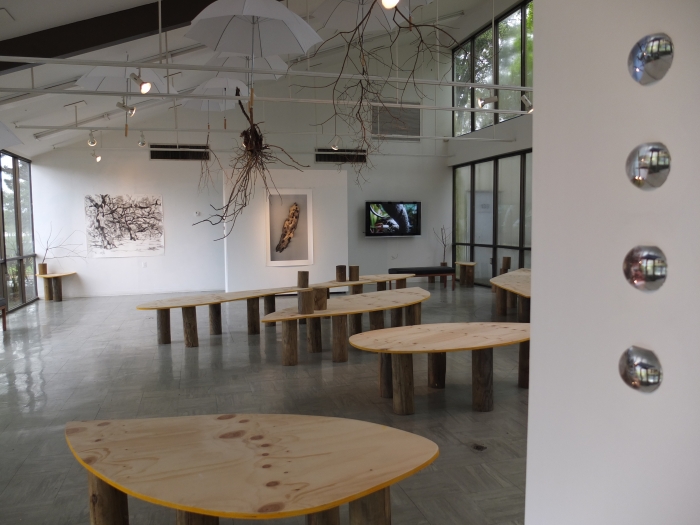 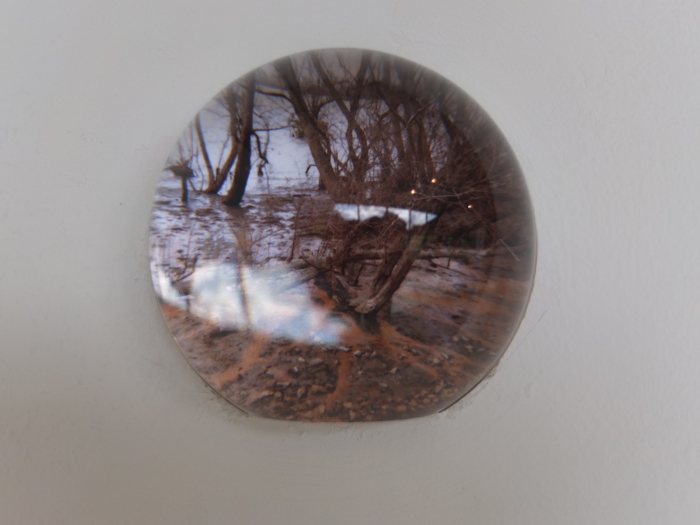