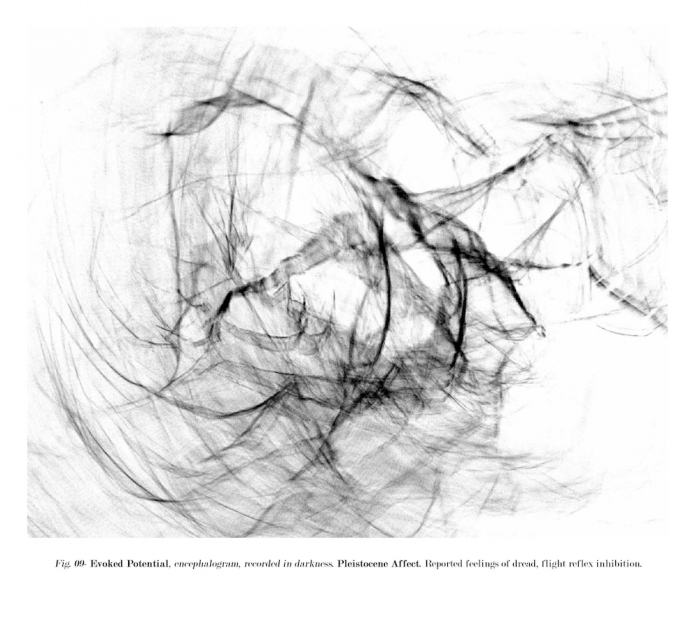 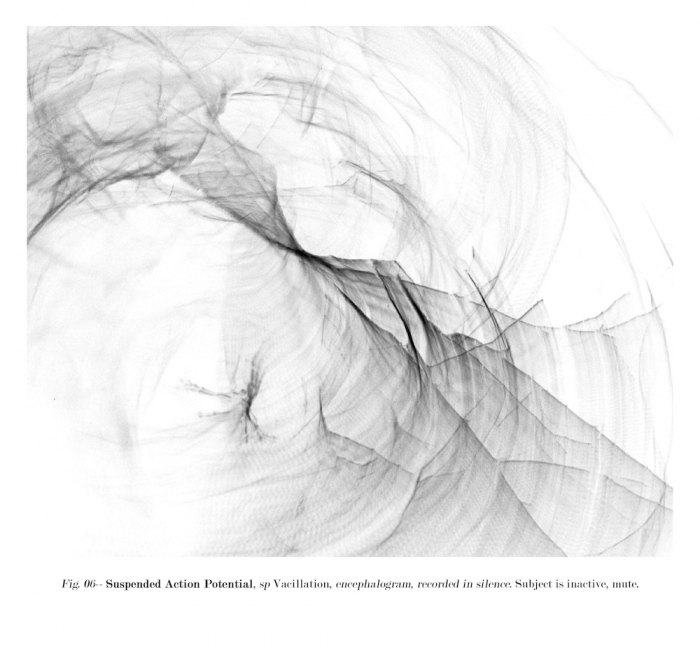 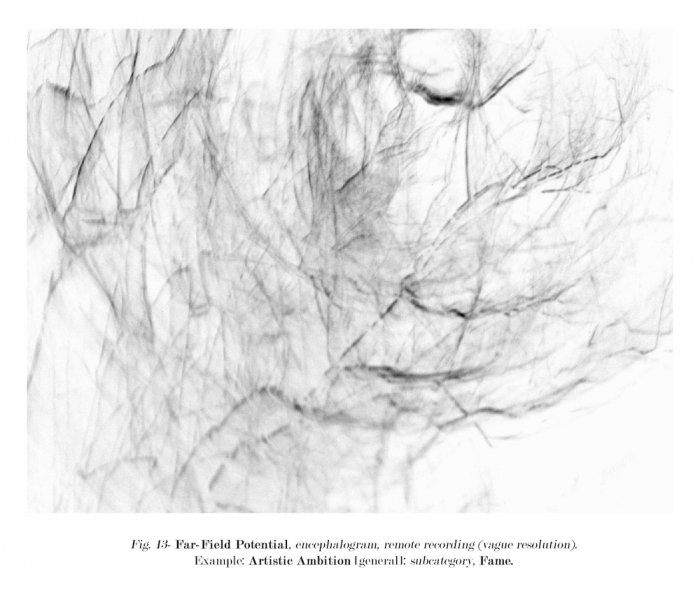 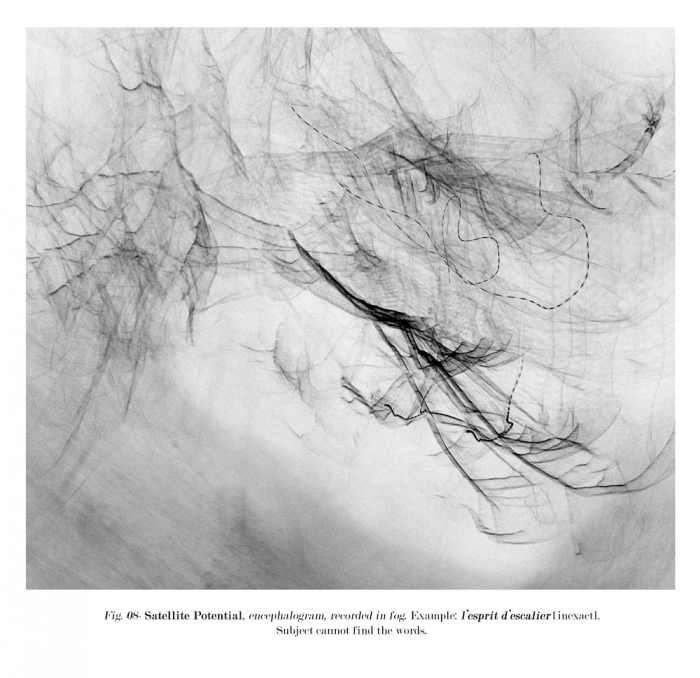 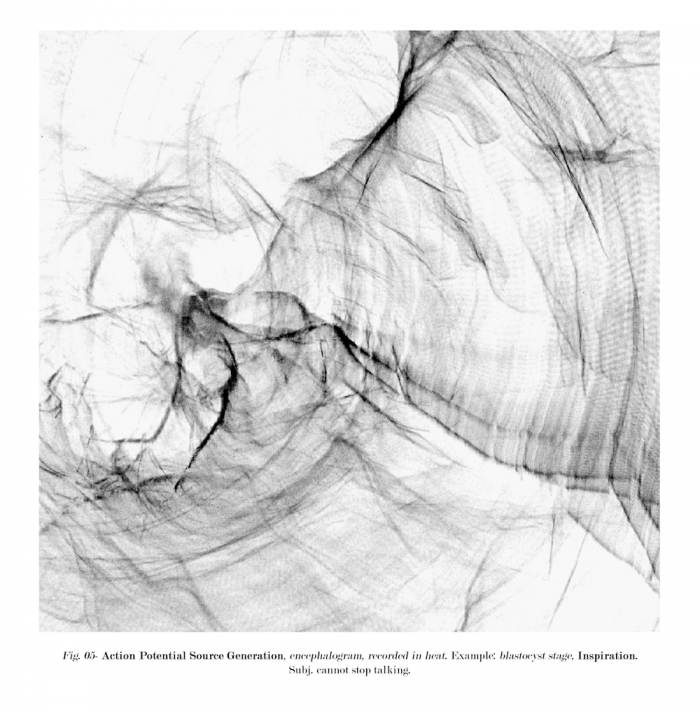 An encephalogram is a sympathetic picture of the brainwaves produced by emotions. These images are from a textbook for a diagnostic test not yet invented. Results are entirely fanciful and therefore irrefutable.
(Abstract excerpted here from the New England Journal of Alienation.)

Sensitive types among us may have wondered when science would get around to x-raying our emotions. The future is here! And it carries satisfaction for those who may have found psychotherapy and its indiscriminate validations a weak buttress against the skeptical world. Assuredly, the encephalography of inchoate emotions is in its infancy as an imaging technique, much less as a diagnostic tool. At present, it is not yet feasible for most clinics to offer this new technology because many insurance plans refuse reimbursement.
The strange beauty of these images collected within this textbook gives one hope for a day when simply feeling and then exposing that feeling to encephalography will result in a sufficiently exquisite creation in and of itself without messy resort to the usual art supplies. Although lab technicians produce the actual images, some believe the primary artistry lies within the subjects and their emotions. The so-called muse, the object of study, has done the heavy lifting by doing what comes naturally. Those creatively- blocked neurasthenics on the opium bed of yore would certainly sit up and take notice of this innovation!
Of course, because emotions are so fluid, encephalography does require finesse. The technician needs to capture the unguarded but nonetheless representative moments within a subject’s cloud of reveries. This takes sympathetic awareness and a somewhat itchy trigger finger. A lot of encephalograms can come out inexact, blurred between discrete states of mind. They are therefore difficult to read and, in this respect, the layman subject/artist must rely heavily upon the scientist for interpretation. We are still setting parameters for diagnostic extrapolation…

…In Neurology, Potential refers to the electrochemical differentials our sympathetic and autonomic nerves depend upon to send and receive messages. Potentials are necessary in order to feel. Our senses and our emotions require them.
In other settings, Potential is a loaded word. Passive Potential to one’s junior high teacher is only another way to say Underachieving. Is there anyone over eight years old who has not thought with chagrin of his or her Potential and whether it has been properly achieved? In this respect, potentials, particularly one’s excessive awareness of them, can be inhibitory…
Some of us want more than a couch and a box of tissues for the delineation of our mixed emotions. We want what every cardiac patient has had for ages: an omniscient, benevolent machine lens trained on where it hurts! This new technology answers a seductive, nearly religious, yearning we have to be, if not understood, then witnessed, a light shone into our lonely depths. 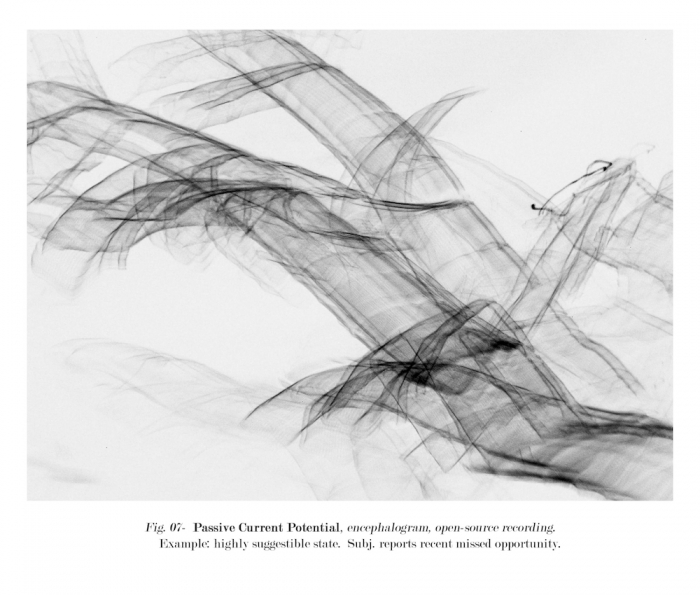 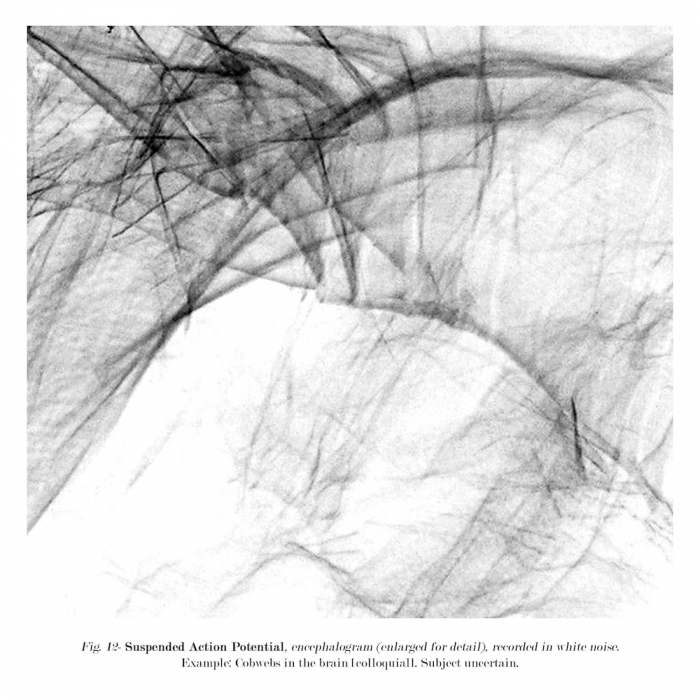 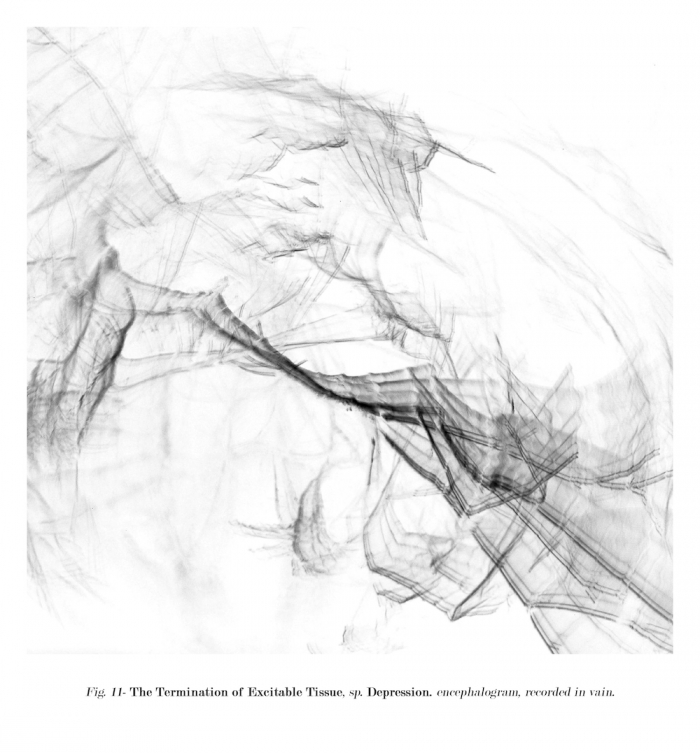 Fig. 11- The Termination of Excitable Tissue 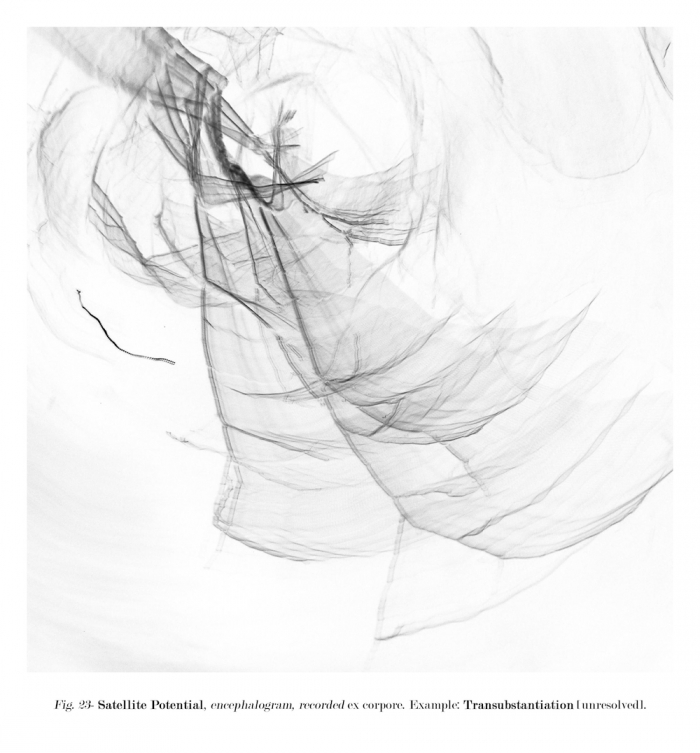 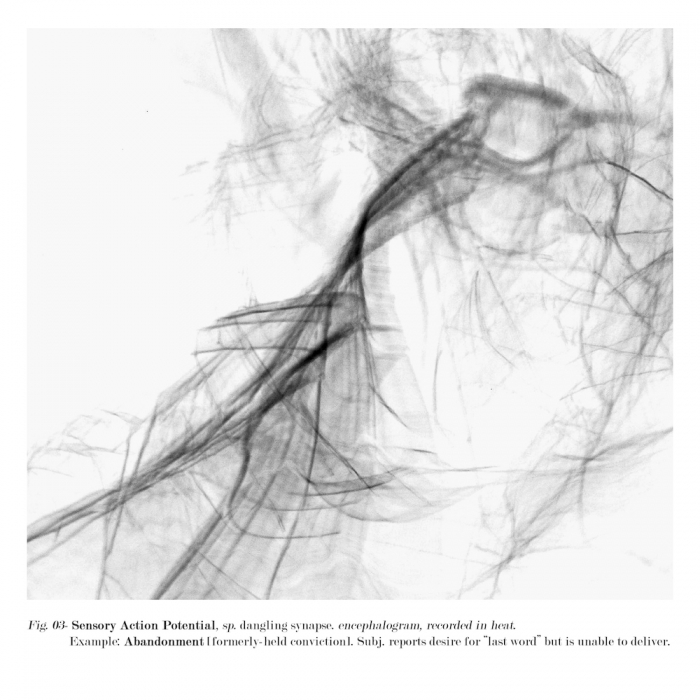 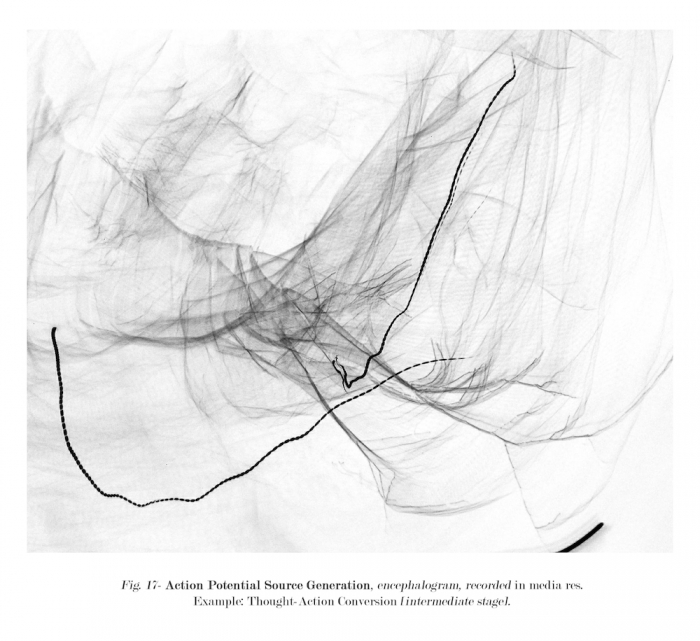 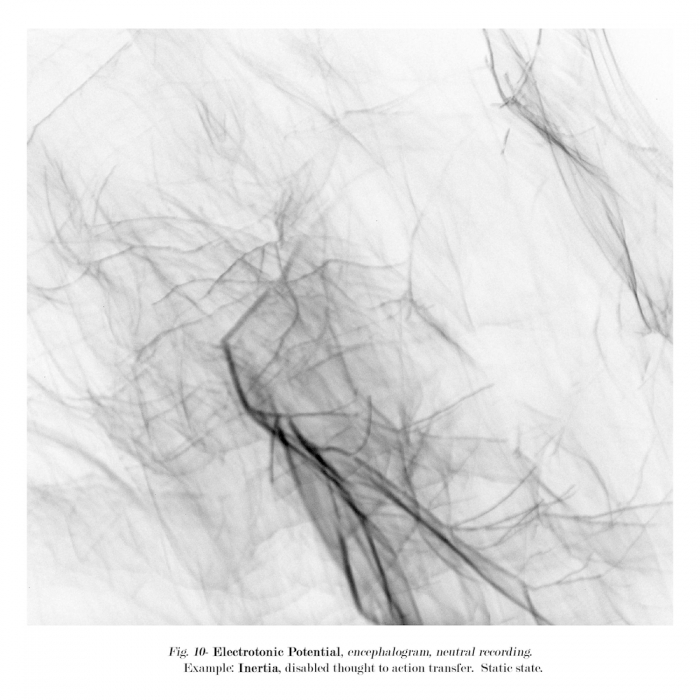 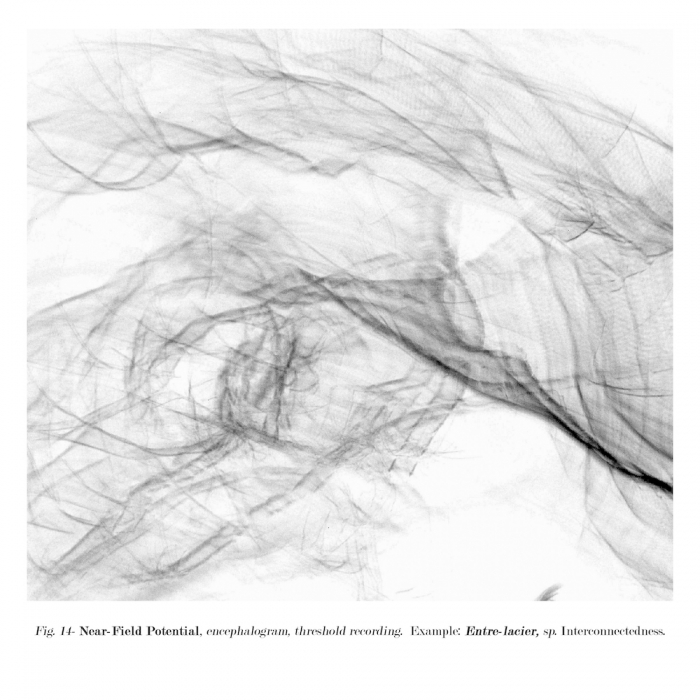 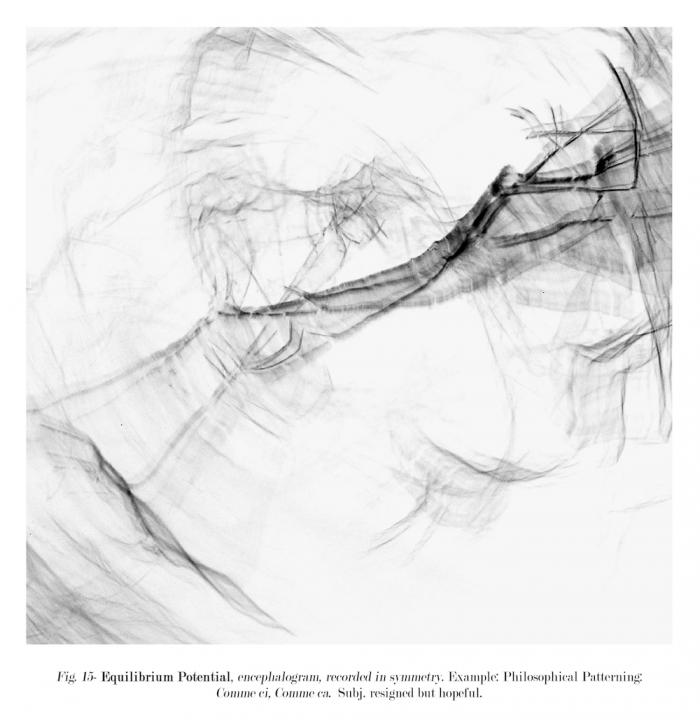 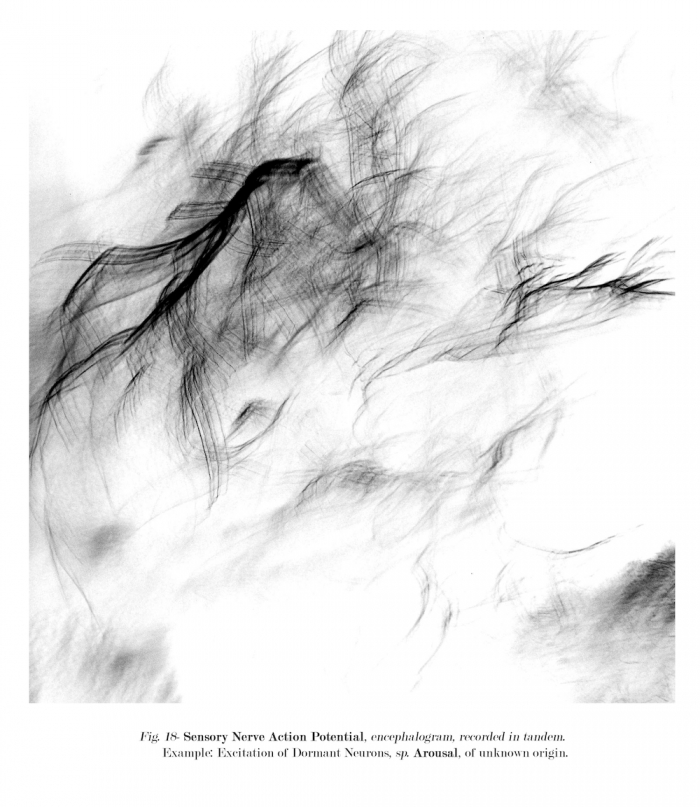 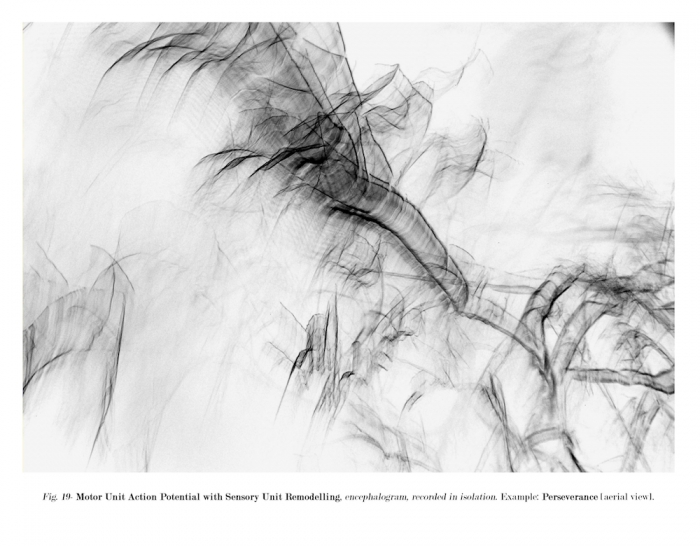 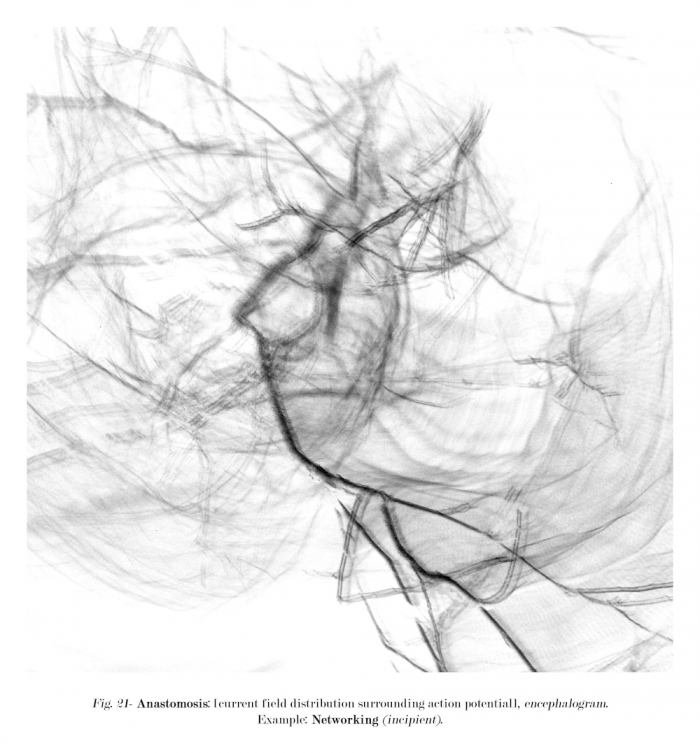